Mersin ranks first among Anatolian cities in terms of the number archaeological excavation sites. Museums and 10 excavation centers bringing the ruins of various civilizations to daylight 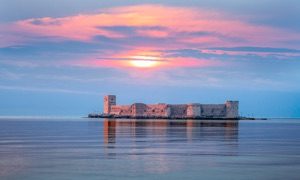 Quite the sight from the shore, Kızkalesi (Maiden’s Castle) is on a small island, and experts believe it was built during the Byzantine Empire. The structure was developed further during the Armenian Kingdom of Cilicia, and by 1471, the Ottoman Empire captured it. 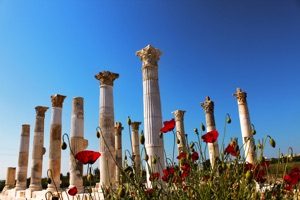 Founded around 700 BC, Soli was an ancient city and port in Cilicia until it was destroyed in the 1st century BC. It then became Pompeiopolis after Pompey the Great, a military and political leader of the late Roman Republic, rebuilt the city. 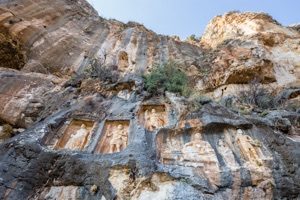 As it is famous for its statues carved right into the rock surface, it’s no surprise that Adamkayalar literally translates to “man rocks.” Located on the southern end of the Toros Mountains, there’s no documented evidence regarding the origins of these ancient stone figures.

The rulers of the Armenian Kingdom of Cilicia built this amazing castle, located on the Mediterranean coast, using the foundation of an already existent Roman structure constructed in the 4th century. A sturdy protector against pirates, the castle was enlarged by the Seljuk Turks and changed hands numerous times until it was annexed by the Ottoman Empire in 1469. 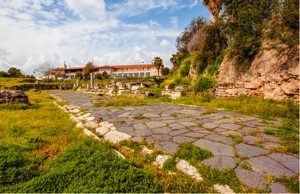 Believed to have been built in the 1st century AD by the Roman Empire, this historic stone pavement may have been part of the main road that connected Cilicia to Cappadocia.